Faster Payments Are Coming but Are They? 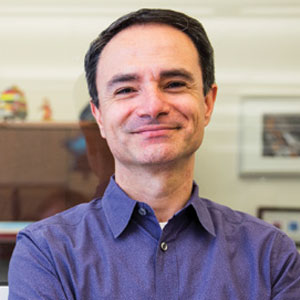 Imagine ordering supplies for your business on your mobile device or desktop, immediately receiving an invoice with a “Pay Now” button, with one click paying, and knowing that the same click also authorized your supplier’s shipping. On the receiving side, imagine sending an electronic invoice to a client who can pay with one click, sending those funds to your bank account immediately. It’s a process that would take no more than 15 seconds.

This is possible today, but many in the industry are asking if we really need it. Banks worry that faster payments will mean faster fraud. Many firms have continued to extend credit to their clients, and worry that this change could create unforeseen behavior changes. Firms operating with minimal liquidity have been known to play the ever-shrinking float (time between sending and landing in a bank account).

In large part, U.S. companies haven’t been crying out for faster payments, for the reasons above. Companies with subsidiaries in other parts of the world, like Japan (which began introducing faster payments schemes as early as the mid-1970s), the U.K., Sweden or Poland, where they have experienced same-day or nearly immediate payments, have voiced their desire to move the U.S. market towards such an environment.

In response to foreign markets, in 2015, the Federal Reserve put together a cross-functional task force to review the state of the U.S. payments industry, examine faster payments options worldwide, and make recommendations for improved infrastructure in the country. In 2016, the Faster Payments Task Force presented their state of the industry and a year later, presented their recommendations.

The resulting recommendations were to:

Many in the payments industry found the resulting recommendations to be obvious and that they didn’t further the goal of making real-time payments a reality within the U.S. However, the report did include sixteen proposals from various organizations. One of those approaches, from The Clearing House (TCH) and FIS, garnered the highest rating having more than 50 percent strongly agreeing that it addressed the desired outcomes. That approach, named Real Time Payments (RTP), was rolled out in November 2017, by TCH and its member banks.

At this point, six of the largest banks are on the network and are in various points of testing and using the network. While these banks account for a large number of U.S. business accounts, this country has more than10,000 banks and Credit Unions, making adoption of this new network a difficult proposition. TCH has a goal of reaching the majority of banks and therefore businesses by 2020. The success of this endeavor falls to the industry in general, but more importantly to bank customers who can demand experiences as simple as those that we already enjoy in the consumer side with apps like Venmo, Zelle, Square’s Cash, or PayPal.

Not only is it important for us to have more efficient ways to send and receive payments, have better reconcilement processes, improve liquidity, and minimize collections locally, but it’s key to improving integration with similar networks internationally.

Beyond domestic real-time payments, we can also look forward to integration of this or similar networks with those in the EU, the U.K., APAC, and Latin America, for a global payments network that could replace the very antiquated SWIFT network. On that front, SWIFT is already deploying a faster, but not real-time payments solution called SWIFT Global Payments Innovation (GPI). The blockchain fintech company Ripple is countering with their distributed ledger technology.

BPM as a Business Enhancer

Predicting Your Next Car Purchase

How to Capitalize on the Golden Age of IT Innovation

The Evolving Role of IT for Value Added Solutions

GIS and Big Data: Why 'Where in the World' Matters

What is CLOUD doing to our networks?

Rise of the Machine: AI Will Change CRM and How You...

Designing and developing all elements of BPM

The Role of HubSpot in a Data Driven Marketing Strategy

Putting A Ring on It: Why Your Organization Needs an Engagement Team

Why 'Convenience Culture' is Driving Big Business to FinTech

Going Digital in the Age of Now!