Usage Based Insurance: The Five Must-Haves

Usage Based Insurance: The Five Must-Haves 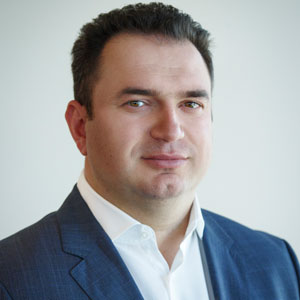 Most experts agree that the auto insurance industry is on the brink of major disruption. The perpetrator? Usage based insurance (UBI). If your company doesn’t have a UBI program in development yet, now is the time to take action—before negative self-selection impacts your book of business.

To make a confident UBI decision, following is a list of five program musthaves. This is what you need to know BEFORE you invest.

1. Mobile. Your company will have to decide between “black box” UBI, which relies on onboard diagnostic (OBD) devices installed in drivers’ vehicles, or smartphone UBI, which gathers data through drivers’ smartphones. This may be the easiest choice you’ll make. While black boxes served their purpose in first-generation programs, the cons now outweigh the pros. Once you factor-in the cost to procure, warehouse and ship OBD devices; the IT-heavy deployment; and the complete lack of user engagement, the mobile choice becomes clear.

Mobile UBI is a nice fit for one of the most obvious target markets: millennials. And, it’s a good fit for most everyone else too. As of December 2014, 74.9 percent of U.S. mobile subscribers had smartphones, according to comScore.

2. User engagement. How can auto insurers turn satisfied policyholders into loyal policyholders? Good service isn’t enough according to the 2014 “Claims Customer Survey” by Accenture. The study found that despite high satisfaction, nearly one-third of those surveyed plan to switch insurers in the next 12 months.

Many believe that earning auto insurance loyalty requires ongoing and proactive relationship-building. And as it turns out, smartphone UBI has great potential to do just that. Parents rely on it to monitor their teens. Young and young-at-heart drivers enjoy immediate feedback; gamification; and the chance to work toward personal best driving scores. Boomers use it as a tool to monitor their senior parents. Who wouldn’t love fun coaching that promotes safety and pree m p t s accidents? The service applications are limitless and so is the resulting loyalty that UBI may yield.

3. Real-time data calculation. Ideally, you want a UBI program that calculates scores on drivers’ smartphones in real time. This is important for leveraging the teachable moment and providing drivers with immediate feedback. It’s easy to see how the improvement opportunity could be lost if coaching is delivered a day or even an hour later.

That being said, there’s another very important reason for the real-time requirement: Data. Real-time score calculation minimizes how much data must be logged, stored and uploaded, which of course impacts the smartphone’s battery usage. UBI apps that do not have real-time score calculation capabilities just log and store chunks of data and then upload it to the cloud when the trip is complete. This data upload can be 20 MB or more depending on the length of the trip, placing a big load on local temporary storage. Comparably, apps that calculate scores in real time only have to upload kilobytes rather than megabytes.

5. Fraud deterrence. Insurance fraud costs U.S. insurers $80 billion a year, according to the Coalition Against Insurance Fraud. Unlike traditional insurance, UBI has the potential to detect and deter soft fraud (the little white lies that many regular people are willing to tell to save money). With UBI, insurers can finally know daytime and nighttime garaging addresses. They can see if a personal vehicle is being used to drive a delivery route. They know how many miles are actually driven each year. And, when an accident occurs, they can compare UBI data to claim report details. At the time of the reported accident, did hard braking or aggressive cornering occur? Was the car actually present at the reported crash location?

While UBI equips insurers to detect more fraud, it also positions them to encounter less. The self-selection component attracts safe and honest drivers. Those who intend to defraud you are highly unlikely to volunteer for monitoring!

To sum it all up, there’s a lot more to UBI than safe driving discounts. And, there are a lot more options for UBI technology than little black boxes. The UBI concept originated because insurers could see the obvious upsides of driver self-selection. However, today, forwardthinking auto insurers see many other advantages including the significant financial implications of less fraud and more loyalty.

Challenges Over The Past 18 Months

Security Architecture In Theory And In Practice: Why Security Should...

How Wi-Fi 6 Will Seamlessly Integrate With 5g