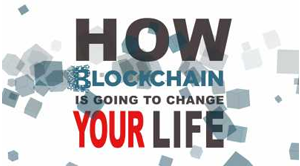 Santander Group recently announced the launch of One Pay FX, a blockchain technology allowing cash transfers to arrive on the same day. Currently, the billion dollar Spanish giant launched the service across four countries, Spain, United Kingdom, Brazil, and Poland and will soon release it worldwide in the next few months.

Another highlight of this service is that its users will know the final amount that will arrive in the nation wise currency of the recipient before approving the transaction.

Once the service is launched in every country, Santander will add new functionalities in the coming months such as the feasibility of performing instant transfers before the summer arrives. This will make Santander One Pay FX one of the fastest international transfer services available.

Ripple, a California based company, created the software in 2015 and since then, has been collaborating with Santander for this project. InnoVentures, the venture capital fund of Santander with 200 million dollars financed in Ripple in 2015.

Santander has announced its purpose to be the original international retail bank to execute cross-border payments using the blockchain technology.

The Growing Popularity of Digital Signage in Modern Marketing

Webinar: Redefine And Transform Your Communication With Suppliers...