Jeffrey Chen, CEO
Insurance has traditionally lagged with regard to the adoption of technology. However, this scenario has started to shift in recent years with businesses digitizing their operations and the way they insure their customers. Due to the pandemic, the pace of that evolution has further augmented, compelling insurance companies to embrace technology in many more ways. There is one company—Verikai—that started treading on that path long ago. Verikai offers a predictive risk tool that enables insurance carriers and brokers to be more accurate with their rates, which ultimately gives consumers and small businesses greater access to a better and broader range of insurance products.

Verikai’s platform uses machine learning models to analyze groups for their potential risk. What makes Verikai so unique is the value they put on behavioral data when creating risk predictions. “The health insurance industry has relied primarily on simplistic rating manuals (based on age gender, and geography), unreliable health questionnaires, and limited claims data for far too long,” says Jeff Chen, Verikai’s CEO. “The market is catching up and evolving, with a fair number of carriers employing predictive analytics and Rx info to adjust risk beyond rating manuals, but we take it a giant step further. While obtaining claiming experience and prescription information is relevant, it only reveals a small part of the story. We have proven by leveraging the vast pool of behavioral and alternative data we can fill in the rest of the story.”

When an underwriter is ready to evaluate a group with Verikai, they upload the group census to the platform. Verikai’s machine learning then analyzes the group, and within seconds a report is presented to them, explaining what kind of risk the group is predicted to have. The underwriter can then use this report to adjust their pricing. As is the definition of “risk”, we will never know with complete certainty what costs an individual or group will incur in any given year, but Verikai’s platform lets insurers quote groups with a confidence that didn’t exist before this company entered the market.

Verikai’s journey in the insurance landscape began when the company’s co-founder and Chief Data Officer, Brett Coffin, developed the original machine learning model, which has matured with time. Every time the company introduces an updated model, the outcomes gain accuracy. And unlike the competition, Verikai is the only applied data company focused on behavioral data. “Behavioral data tell a side of the story that clinical data doesn’t or can’t. If an individual has high alcohol spend, does that make them an alcoholic who will get liver disease? Maybe but maybe not. Traditionally, if you could even obtain information such as high alcohol spend, an assumption would be placed that that individual would be tagged as high risk.

Behavioral data tells a side of the story clinical data doesn’t. If an individual broke their wrist snowboarding last year, should we expect them to break another bone the year after? Probably not. There’s a big difference between an adrenaline junkie and an active person, and knowing the difference has a huge impact on risk

But is that always true? What we found is that high alcohol spend alone can be a predictor of alcoholism but often if paired along with behaviors such as a regular exercise, consumer of organic foods, non-smoker, and frequent traveler, that person actually is very low risk.”

The company has solutions for both underwriters and brokers known as Capture for Health and Capture for Broker – and the Marketplace which brings both parties together. Capture for Health allows underwriters to assess risk for the groups they are looking to write. Capture for Broker provides risk reports to insurance brokers, so they have an idea of which groups are better suited to be self-insured or fully-insured, and can use the report’s findings to better place business within their carrier network. After introducing Capture for Broker, the team at Verikai came up with the idea to launch a marketplace where underwriters and brokers could interact with each other and place new business outside of their established networks. The Marketplace remains a key focus area for the team at present. “We are trying to add as much functionality to our Marketplace as possible based on customer feedback and continue to bring new carriers and brokers on the platform on a daily basis,” adds Chen.

Verikai has become a major innovator within the health insurance industry – an industry which has long been traditional in its approach to underwriting risk. Verikai has made a name for themselves with their one-of-a-kind value prop surrounding behavioral data, and a brand identity of being upbeat in their approach while existing in a very grey world. Jeff Chen and the team are confident and excited for the company’s growth as they look to enter other lines of business in the future. 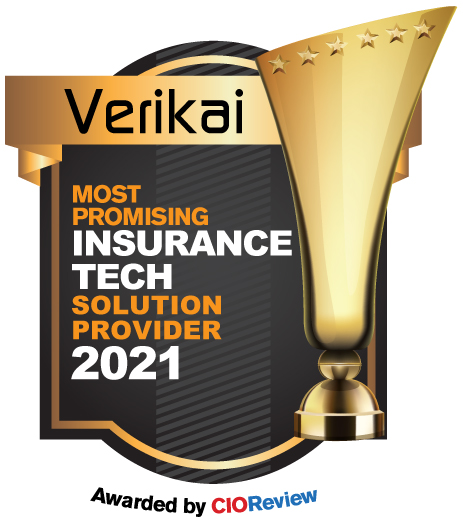 Description
Verikai offers a predictive risk tool that enables insurance carriers and brokers to be more accurate with their rates, which ultimately gives consumers and small businesses greater access to a better and broader range of insurance products. Verikai’s platform uses machine learning models to analyze groups for their potential risk. What makes Verikai so unique is the value they put on behavioral data when creating risk predictions.The company has solutions for both underwriters and brokers known as Capture for Health and Capture for Broker – and the Marketplace which brings both parties together 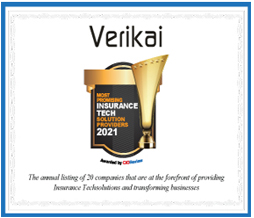 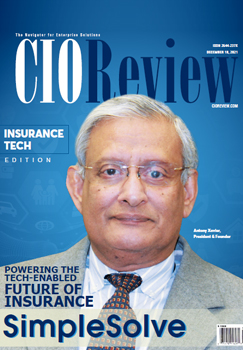